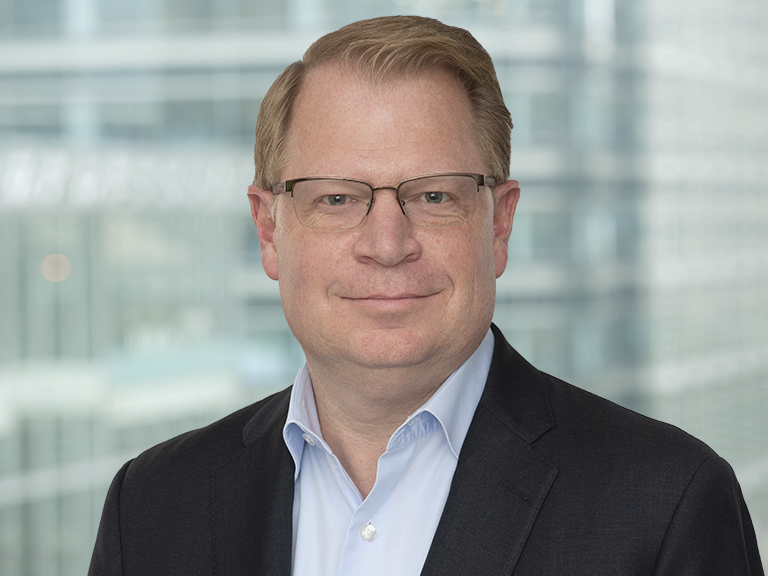 John Hinshaw joined HSBC in December 2019 and was appointed Group Chief Operating Officer with effect from 1 February 2020. He is a member of the Group Executive Committee.

Mr Hinshaw has extensive experience of transforming organisations in a wide range of industries. Before joining HSBC, he served on the Board of Directors of the Bank of New York Mellon (2014-2019) and chaired its Technology Committee. He also has served on the boards of Sysco Foods, DocuSign, and Illumio.

From 2011-2016 he served as Executive Vice President of Hewlett Packard and Hewlett Packard Enterprise where he managed Technology and Operations and was Chief Customer Officer.

He has also held senior roles at Boeing and Verizon. He earlier served as a consultant with Accenture (then Andersen Consulting) and began his career as Computer Systems Manager for the American Embassies in Europe based in London.

Between 2012 and 2019, Mr Hinshaw served on the Board of Directors of the US-based non-profit National Academy Foundation (NAF) and chaired their STEM (science, technology, engineering and maths) committee. NAF helps high-school students to prepare for college and their careers.

Mr Hinshaw has made several angel investments in technology start-ups in the areas of healthcare, HR technology, and food and beverages. He and his wife Julia are the majority owners of Blackbird Vineyards in Napa Valley, California. They have also established a charitable foundation with a focus on innovation in education and healthcare.

Mr Hinshaw holds a Bachelor of Business Administration in computer information systems from James Madison University and is a graduate of the G100 next generation leadership programme.

Helping our customers through the pandemic

We have provided around USD80 billion in support to help our personal and wholesale customers cope with COVID-19.