It is the highest ever number of HSBC employees to feature on the annual lists, published by Yahoo Finance, which celebrate business leaders who promote gender diversity.

Birgit Neu, Global Head of Diversity and Inclusion, HSBC, said: “It’s fantastic to see so many colleagues recognised. It is testament to the great work they are doing across HSBC in different ways to improve our gender balance at every level.”

Representatives from the bank feature in all three categories:

Many of the leaders are active in Balance, our employee network that strives to create a gender-balanced workforce within the bank.

COVID-19 has provided new challenges this year, with the bank keen to ensure its response to the pandemic aligns with its commitment to diversity and inclusion. In her recent role as Chief Operating Officer of HSBC Bank China, Ms Kwong oversaw support for customers and colleagues during the pandemic.

She said: “Both female and male colleagues went above and beyond their duties to help customers and other colleagues under demanding conditions while taking care of their families.

“Our efforts during the pandemic have helped the bank define a better framework and policy to support our colleagues’ wellbeing. This will help cultivate a more diverse and inclusive culture in the long run.”

Many named in the HERoes lists also play a part in advancing other forms of inclusion at HSBC. Charlie Nunn, for instance, is executive sponsor of Pride, the lesbian, gay, bisexual and trans (LGBT+) employee network.

Recognition for HSBC’s gender role models came in the same week the bank was named a Top Global Employer for LGBT+ inclusion by UK charity Stonewall.

The bank is one of 17 multinational organisations to feature on the list. Stonewall also handed HSBC an Ally Programme award for its efforts to encourage employees to show their support for LGBT+ inclusion.

Mr Nunn said: “It’s an honour for HSBC to be recognised again this year. While we know there is still more work to do, we're proud of our efforts to create a bank where there are equal opportunities for everyone, however people identify themselves.”

The bank has also recently launched a three-year partnership with Out Leadership, a global business network supporting LGBT+ equality. 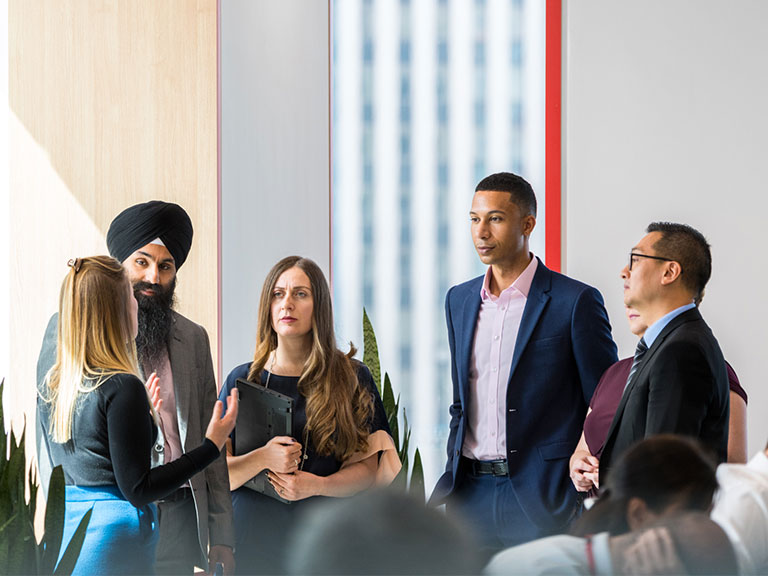 Diversity is in our roots. We believe that diversity brings benefits for our customers, our business and our people.

Why trade is vital to COVID-19 recovery

How HSBC has been working to make banking simpler, safer and more personalised in 2020.