In 2016, we swapped the bronze lion statues outside our Hong Kong headquarters for two rainbow-painted replicas.

For Karen Clarke Ng, a gay woman who was raised in the city, it was a moving sight. “No company had made such an overt statement in support of LGBTQ+ inclusion before. Pride was always a taboo topic when I was growing up, and the lion statues are iconic here.”

The move was controversial: more than 4,500 people signed a petition against the statues, with opponents accusing us of "trampling on the existing family values of Hong Kong". But we stood firm, keeping the colourful new guards in place throughout December, as planned.

Our rainbow lions were unleashed in 2016 and sparked much debate

“It made me feel very visible and very proud,” adds Karen, who went on to join HSBC as a Senior Marketing Manager.

We want everyone to feel this way. That’s why we started our first employee groups for LGBTQ+ (lesbian, gay, bisexual, transgender and queer+) colleagues 20 years ago this year.

Today, 15,000 employees in 24 countries and territories are members of these Pride groups, which raise awareness of LGBTQ+ issues and help influence positive change for employees and customers alike.

They have helped make the bank what it is today – an inclusive one that celebrates LGBTQ+ colleagues, customers and communities not just in June, which is Pride Month, but all year round.

‘I can be my true self here’

For Alonso Alvarez, an IT employee at HSBC in Mexico, joining HSBC in 2009 changed his life. 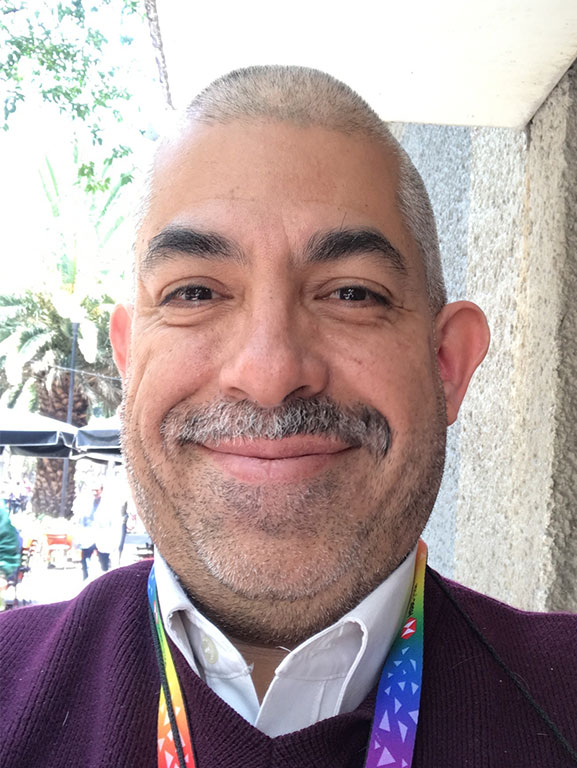 Alonso has been at the bank since 2009

“In my old job, my manager made homophobic comments and I was scared I’d be fired if he found I was gay. So I hid my sexuality at work – it was exhausting.

“But when I read HSBC’s policies on inclusion I felt safe straight away. I’ve been out of the closet since day one and several colleagues came to my wedding. I’m very happy here.”

In 2002, the year our first Pride group was set up in the UK, the world was a very different place – and the group provided a valuable support network.

“There was no legal protection against discrimination in the workplace on the grounds of sexual orientation in the UK,” recalls Chris Maddren, who is now global co-chair of our Pride network. “As a gay man, I wasn’t allowed to give blood, and I was asked to take an HIV test when applying for critical illness cover.”

Chris was working in a contact centre when he first discovered the UK group, originally called GLOBE (gay, lesbian and other bank employees).

“Being able to join a group like this helped me connect with like-minded people when the world was treating me like a second-class citizen,” he says.

The UK set an example for other markets to follow.

But when Jack Guest, who is now Senior Group Inclusion Advisor, relocated to Hong Kong from the UK in 2012, he found himself in “covert meetings” to discuss launching the local chapter of Pride.

Key steps around the world

“While I was fortunate to feel comfortable being myself at work, not everyone had this experience,” he says.

“There were lots of people in Hong Kong who felt they couldn’t be out at the bank, afraid it would damage their career. So, a small group of us decided to try to drive change.”

Once the group had received formal endorsement from Human Resources, and sponsorship by Noel Quinn, then the regional head of Commercial Banking but now our Group Chief Executive, it never looked back.

Within a year, we had equalised employee benefits in Hong Kong to recognise same-sex partners, and in 2013 we publicly declared our support for the LGBTQ+ community by lighting up our Hong Kong headquarters in rainbow colours – unusual for a company at the time. Unleashing our rainbow lions further cemented our stance.

We’re now the best place to work in financial services in Hong Kong, and the second-best employer overall, for LGBT+ inclusion, according to not-for-profit organisation Community Business.

While there is still much progress to be made, HSBC is also recognised by LGBT+ inclusion charity Stonewall as being one of the world’s top employers. It ranks businesses based on the customer experience and policies for LGBTQ+ customers and colleagues. 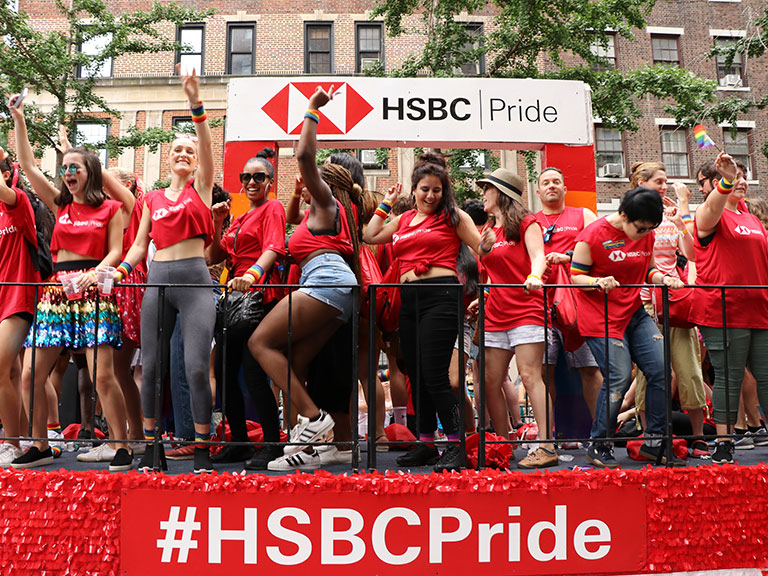 Employees and guests at the New York Pride parade in 2018

We value difference and were founded on the strength of different people, experiences and voices. They are integral to who we are and how we work.

We’re setting out transformational changes we’re making to deliver on our climate strategy and targets.

We’ve announced targets for reducing financed emissions in two carbon-intensive sectors – oil and gas, and power and utilities – by 2030.