Navigating a crisis and emerging resilient

Companies around the world are making significant changes to how they operate, after many found their contingency plans couldn’t cope with COVID-19.

That’s according to HSBC Commercial Banking’s new report, Navigator: Building Back Better (opens in new window), which draws from a survey of more than 2,600 companies in 14 countries and territories.

It shows that many firms lacked proper planning in key areas such as technology, finance and sustainability prior to the crisis, with nearly half saying they could have done more to prepare for the challenges posed by the pandemic.

Over the previous two years:

But the research also shows that businesses are adapting fast – including by modifying their operations (63 per cent), changing their products and services (44 per cent), through diversifying (33 per cent) or becoming more specialised (17 per cent).

“The huge economic damage and human tragedy caused by COVID-19 have accelerated transformation plans and have brought relationship interdependencies to the forefront of leaders’ thinking.

“Since history shows that some businesses will fail coming out of a downturn, it’s vital that leaders push ahead with efforts to make their enterprises more agile and more resilient.”

The businesses surveyed – across the Americas, Asia-Pacific, Europe and the Middle East – are becoming more agile in their staffing and office arrangements, with a greater focus on technology and sustainability.

A total of 38 per cent are rethinking their physical footprint, while 69 per cent believe flexible working will become standard practice and 57 per cent say virtual meetings are here to stay.

Some 91 per cent aim to make their business more sustainable, while 27 per cent intend to make their supply chains more environmentally friendly over the next two years.

Many of the companies surveyed are taking action to increase their supply chain security and protect themselves against potential disruption in the future. They are:

Collaboration could also be key to survival, the research suggests. Over the past six months 93 per cent of firms have supported the businesses they work with, shared information (25 per cent), expertise (24 per cent) or premises (13 per cent), and offered advice (26 per cent).

Nonetheless, businesses see a number of challenges ahead, with 31 per cent struggling to maintain sufficient cash flow and 33 per cent seeing poor employee morale as a barrier to building resilience.

72
72
PER CENT
PER CENT
Fact: 72 per cent of businesses felt COVID-19 impacts either strongly, or very strongly

98
98
PER CENT
PER CENT
Fact: 98 per cent of businesses felt some impact because of COVID-19

And almost every business felt some impact

58
58
PER CENT
PER CENT
Fact: Short-term planning dominated the thinking of 58 per cent of business leaders over the last six months.

Note: The Navigator survey is conducted on behalf of HSBC by Kantar. It is compiled from responses by decision-makers at 2,604 businesses, ranging from small and mid-market firms to large corporations, across a broad range of sectors. The respondents hold influence over their company’s strategic direction and represent a broad range of roles: including c-suite, finance, procurement, supply chain, sales and marketing. A total of 14 markets were surveyed between 28 April and 12 May 2020.

Results have been weighted to be representative of each market’s international trade volume (World Trade Organization data for 2017-2018). 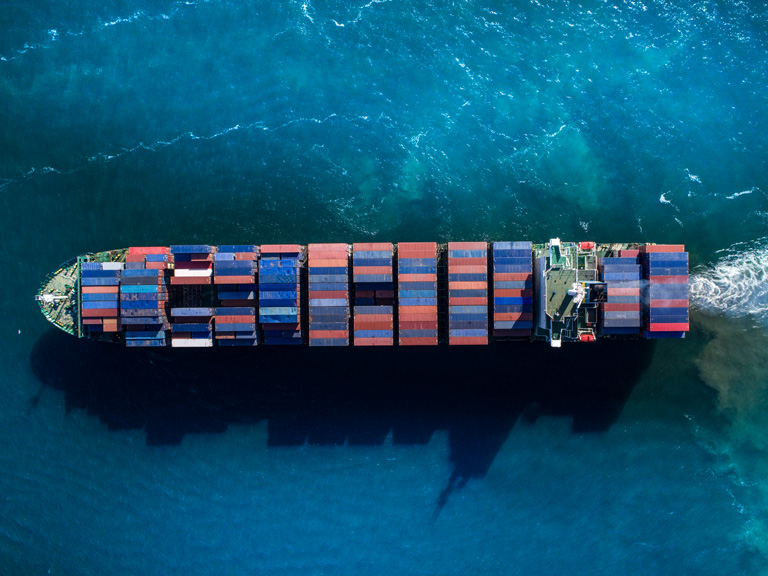 Our global reach and expertise helps millions of customers – from small businesses to large multinationals – unlock their potential.